The Galapagos Islands are world renowned for their incredible wildlife and geological history. However, little is known about the flora in the region. Although the Galapagos plants life is just as exceptional and wide as the animal life, it has received much less exposure and attention. The flora in the islands is spectacular in every way. Right from the Arid Lowlands’ Prickly Pear Cactus to the Mangrove Swamps of the wet coastal zone, the islands boast of their appealing flora in the multifaceted ecosystem. While tree daisy, orchids, and endemic Scalesia flourish in the highlands bromeliads, the coast boasts of amazing candelabra cacti and giant prickly pears. 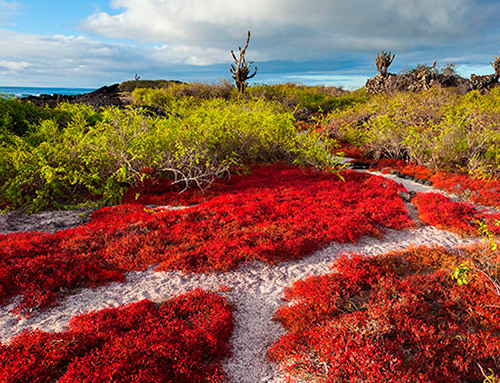 There exist five hundred species of flora in the islands. Around one-third of these species are endemic, which means that they are native plants and are not found anywhere else but here. The islands have their own endemic species, such as Scalesia, a daisy tree that has grown into an entire host of varied species, botanically similar to Darwin’s finches. There are also other genera of the daisy family such as the needle-leaf daisy Macraea, cut-leaf daisy Lecocarpus, and Darwin’s aster Darwiniothamnus. There also exists the endemic species of cacti such as Jasminocereus, which is the candelabra cactus, and Brachycereus, also known as the lava cactus.

Galapagos plants are the ‘pioneer’ species or hardy plants that manage to grow well even in the hostile atmosphere of the islands. However, such plants are depauperate as only a few succeed to do so, in comparison to the mainland of South America. The plants have few animals and insects to disperse their seeds and fruits or pollinate their flowers, which imply that there are quite a few showy and big flowers to draw specific fleshy fruits and pollinators. 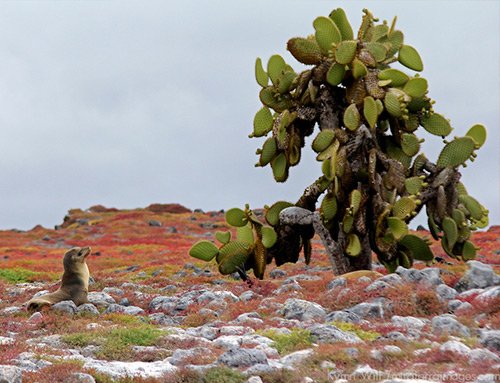 One can also witness a remarkable relationship between animals and plants here. To cite an example, the land iguanas and giant tortoises feed on the prickly pear cactus, also known as Opuntia. This way they influence its development on various islands.

The foreign flora species, initially introduced by people for agricultural purposes, pose a great threat to the inhabited ones. These species turn into pests and destroy the native vegetation. By early 1999, there were around four hundred and seventy-five recognized species in the region. The process is growing at the rate of 10 arrivals every year.

The flora of the Galapagos Islands is not only a great tourist attraction, but it is also significant for the ecology of the region. Adaptation, as well as evolution, has shaped the distribution and morphology of the plants found here. 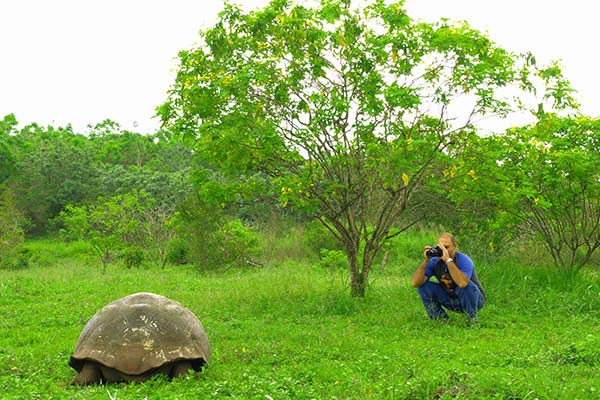