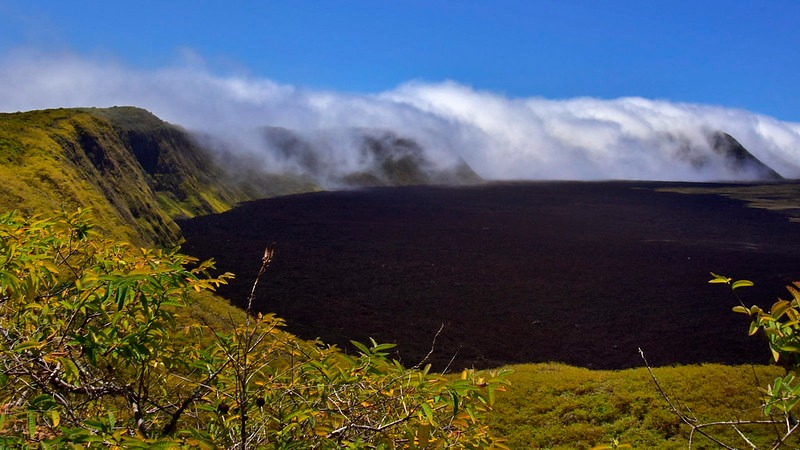 Few places on earth are as important to the study of nature and natural history as the Galapagos Inseln (German for Islands). This esteemed place in the world of natural science is thanks to the unique natural history of the islands themselves and also the work of one man, Charles Darwin.

A cluster of thirteen volcanic islands situated just below the Equator, the oldest of the islands is around four million years old. The newest are still being formed by volcanic activity. In fact, it’s one of the world’s most actively volcanic areas.

The Galapagos Inseln (Islands) were accidentally discovered in 1535 by Fray Tomas Berlanga of Panama, on his way to settle a dispute between conquistador Francisco Pizarro and the Incas. When the winds died and the strong currents carried the Fray out to sea, he inadvertently discovered the Galapagos.

From Fray’s accounts, we know the islands were teeming with fantastic nature and unique wildlife, including marine iguanas, sea lions, and the giant tortoises. He marveled at the animals’ tameness – the consequence of millions of years of isolation.
For the following centuries, the islands were used as a stop off for pirates looking to raid Spanish galleons. Whalers and sealers found rich harvests on the islands, decimating much of the wildlife, including the poor tortoises. ‘Lonesome George‘, the very last of the Pinta Islands tortoises sadly passed away aged 100 in 2012.
Charles Darwin was the first to write a science-oriented account of the archipelago in 1835. Young Darwin had recently graduated as a naturalist and was part of the crew on board the HMS Beagle on its trip around the globe described as a scientific and geographic study voyage (1831 – 1836). His travels are accounted as the Voyage of the Beagle and include visits to other areas of South America including the also remote Patagonia.

These days, the wildlife and nature of the Galapagos Inseln are fiercely maintained as part of the Ecuadorian national park system. This is largely thanks to the pioneering research on the islands by Charles Darwin, who was so influenced by the nature he found there that it helped him to develop his landmark ‘Theory of Evolution’.

Today, the Galapagos Islands are home to some of the most outstanding natural life and unique landscapes to be found anywhere on the planet.