Los Glaciares National Park located in Argentine Patagonia is unparalleled wild thanks to its imposing glaciers and legendary mountains. Although it offers us a feeling of being at the end of the world, it is a sublime monument of nature.

With its imposing glaciers, mountain lakes, and legendary snow-capped peaks, the park is an essential stop on a trip to Patagonia, on the mythical Route 40. A brief tour of this enormous snowfield, of wild beauty, formed along millennia. 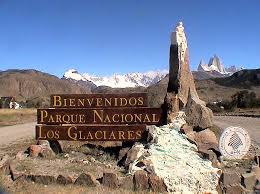 Without a doubt, it is a unique experience that you cannot miss if you decide to spend a season in Argentina. In this new opportunity, we will tell you everything you need to know to discover and enjoy the glaciers of Argentine Patagonia.

The national park includes two large lakes of glacial origin: Lake Viedma and Lake Argentino, in which 13 glaciers extend. This is the Atlantic portion of the Southern Patagonian Ice Field in the province of Santa Cruz, which includes a total of 47 glaciers. 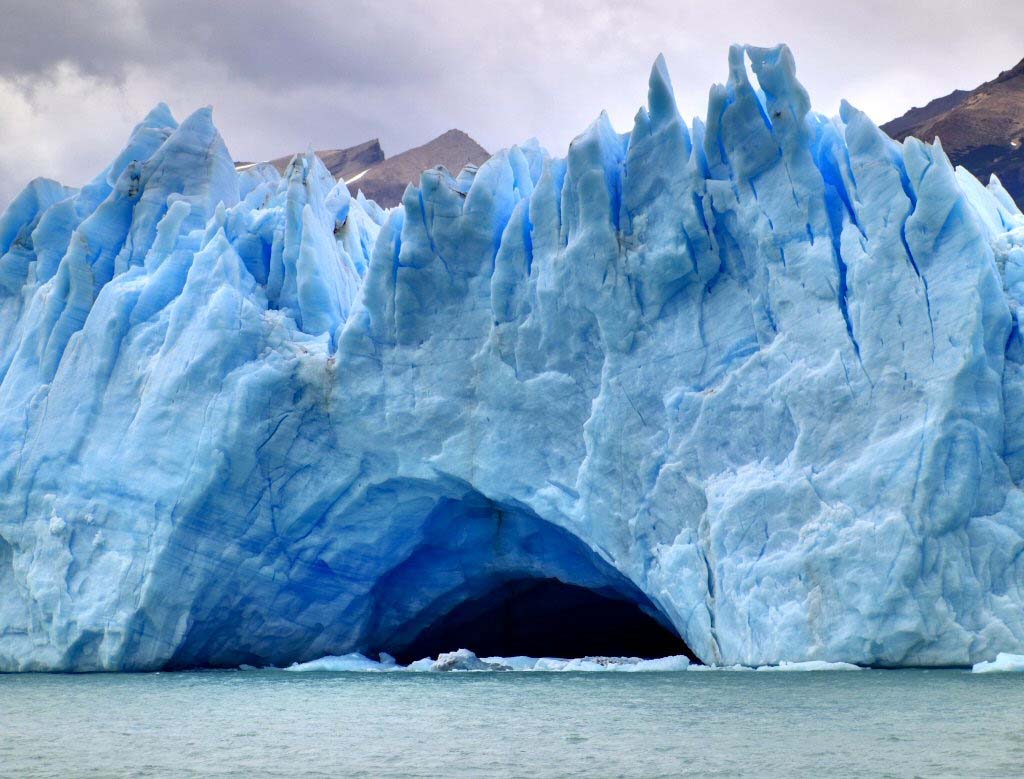 The current ice field and its glaciers are, in reality, only a tiny vestige of what was the last great glaciation. This would have started 100,000 years ago, then peaked 20,000 years ago. It had stopped abruptly about 10,000 years ago.

During its greatest advance, the ice completely covered this entire part of Patagonia, revealing only peaks above 1,000 meters of altitude.

The erosive force of these immense glaciers, advancing in a west-east direction, allowed the formation of two wide flattened U-shaped valleys. Today, they cover Lake Argentina to the south and Lake Viedma to the north. 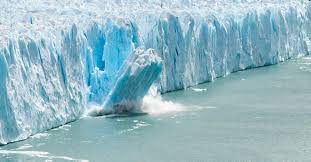 With a total Surface of 5.393 km², the glaciers national park was declared a UNESCO world heritage site in 1981.

The Glaciers national park extends over a total area of 726.927 hectares (or 7.240 km²) in the southern Andes region of Argentina.

Apart from the majestic glaciers the park holds incredible scenic diversity, mountains, forests and other out of this world landscapes. Many of it’s desertic granite peaks tower of the 3000 meters (9882 feet) above sea level covering several ecosystems.

There are endless possibilities when choosing activities, adventure and sites of interest for the active traveler.

Voyagers Travel offers several vacation programs that cover all of Patagonia including glacier national park in Argentina, here are some ideas for inspiration:

El Calafate is above all the name of small Patagonian fruit. But it is also and, above all, a small town lost in southern Patagonia, which is the main gateway to Los Glaciares National Park.

This park, as its name indicates, is mainly made up of glaciers, the best known of which is the Perito Moreno. The town itself is cute, basically, a true Patagonian town with the tourist layer added, a Germanic influence all on the edge of the sublime turquoise Lake Argentino. 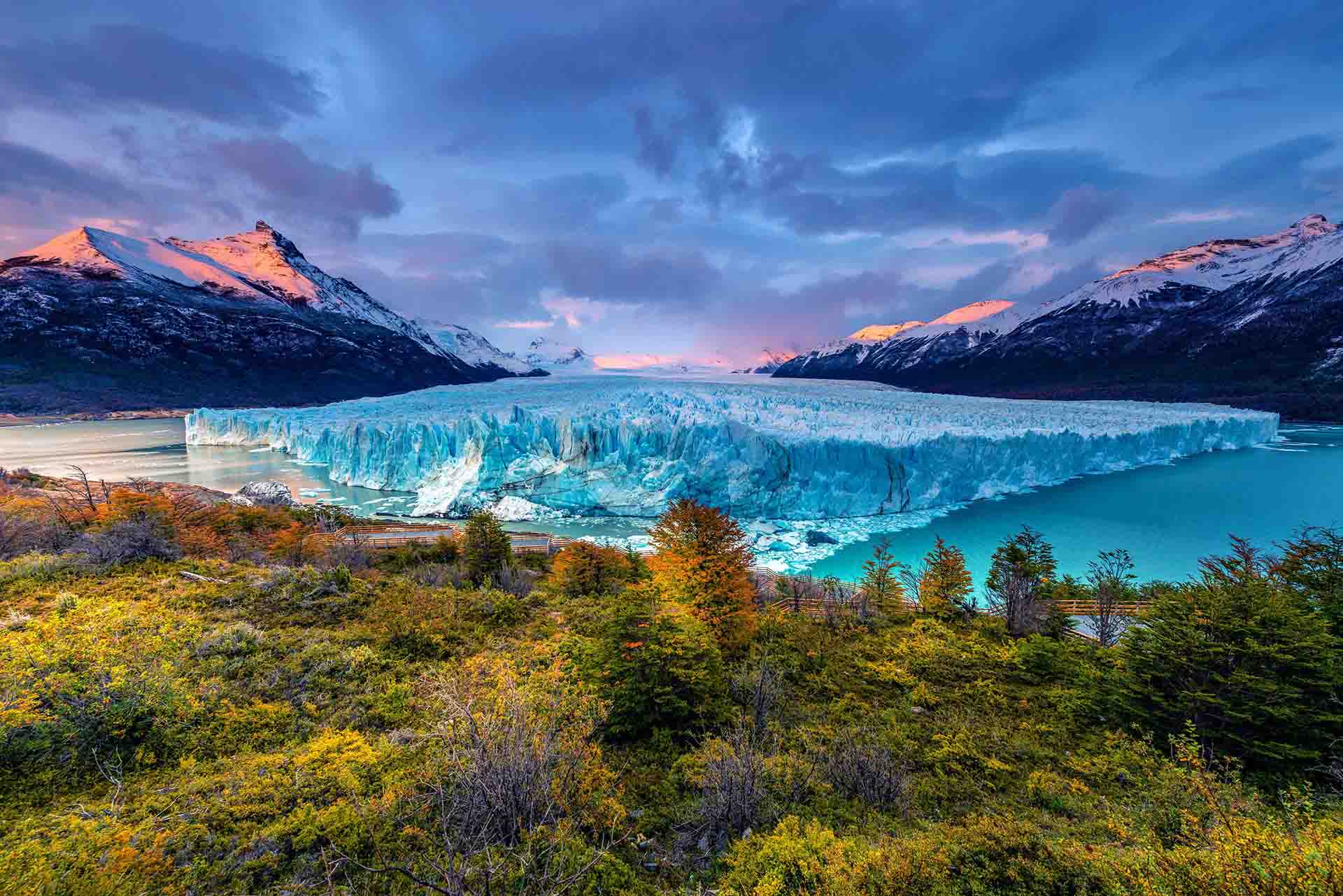 It must be said that the first people who settled here had good taste because the lake is fed by melting glaciers, which gives it its particular color in this very dry environment.

Also, beyond the glaciers in the Andes, the region is desert (the lesser-known side of Patagonia), with a lot of nothing. And the weather is nice, lots of clouds, rain, and wind, but not too cold, summer or winter. And a lot of activities to discover the region and the glaciers.

Excursions, fishing, and rides aboard sailboats

The encounter between the Perito Moreno Glacier and Lake Argentino is a natural phenomenon that attracts many visitors each year. The vast front of the glacier moves smoothly and continuously towards the waters of Lago Argentino.

Starting from the town of El Calafate, located in the center of the national park, various excursions can be organized, both on land and by sea, programming, in particular, the ascent to ~ and the walk to Cerro Torre or cruises, aboard a sailboat, towards the bluish icebergs that float in the glacial lakes.

Fly-fishing enthusiasts can try their luck in Lake Argentino, teeming with trout. This park is also worthy of interest due to the rich and varied fauna found there, such as condors, guanacos, and pumas. 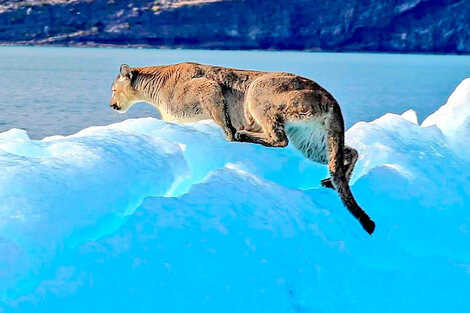 Every hiking fan wishes one day in their life to travel to the northern part of Los Glaciares National Park to see with their own eyes the postcard image of Cerro Fitz Roy (3405 m) and Cerro Torre (3102 m). Find a list of the most beautiful trekking routes in South America.

You can stay in El Chaltén, where you will find guest houses, small hotels, a campsite, small restaurants and very nice bars, supermarkets, travel agencies and some souvenir shops. There are also a large number of tours and excursions that depart from EL Chalteń.

Plenty of enough to prepare for your stay in the village. El Chaltén is a town at the end of the world straddling a Patagonian Kathmandu and a far-western ranch in the depths of Montaña.

The essential walks and hikes from El Chalten are those that go to the foot of Cerro Fitz Roy (Laguna de los Tres) and Cerro Torre (Laguna Torre). It takes between 5 and 7 hours to hike to El Chalten and back. Novice hikers may struggle, but the scenery is well worth it.

What to see during the walks?

Along the route, it will be rare for us to find many birds: the majestic condor, easily recognizable in the sky from the viewpoint of the condors, but also the white-throated caracara, many passerines such as the yellow-browed melanoder or the chingol bunting, and the small but endearing southern owl. 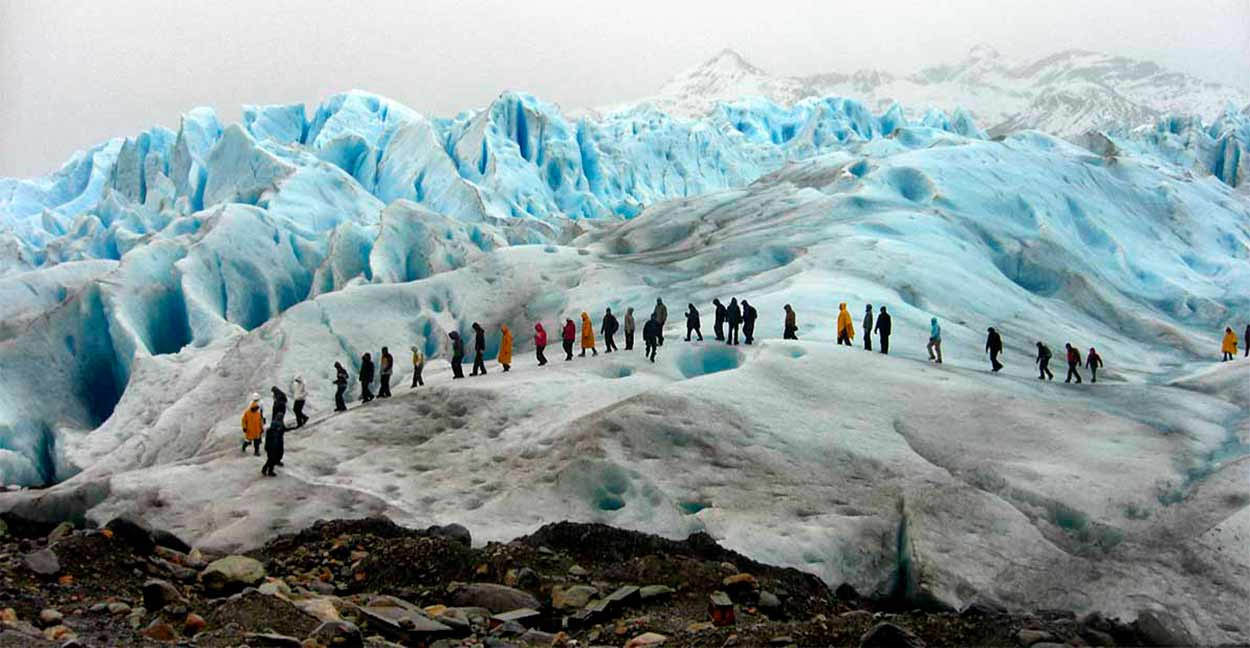 To complete the discovery of the north of Los Glaciares National Park, it is possible to take a cruise on Lake Viedma to reach the foot of the glacier of the same name that slowly flows into the lake. 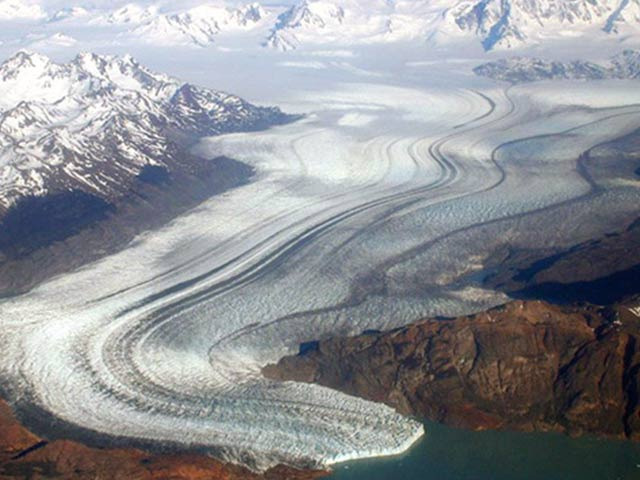 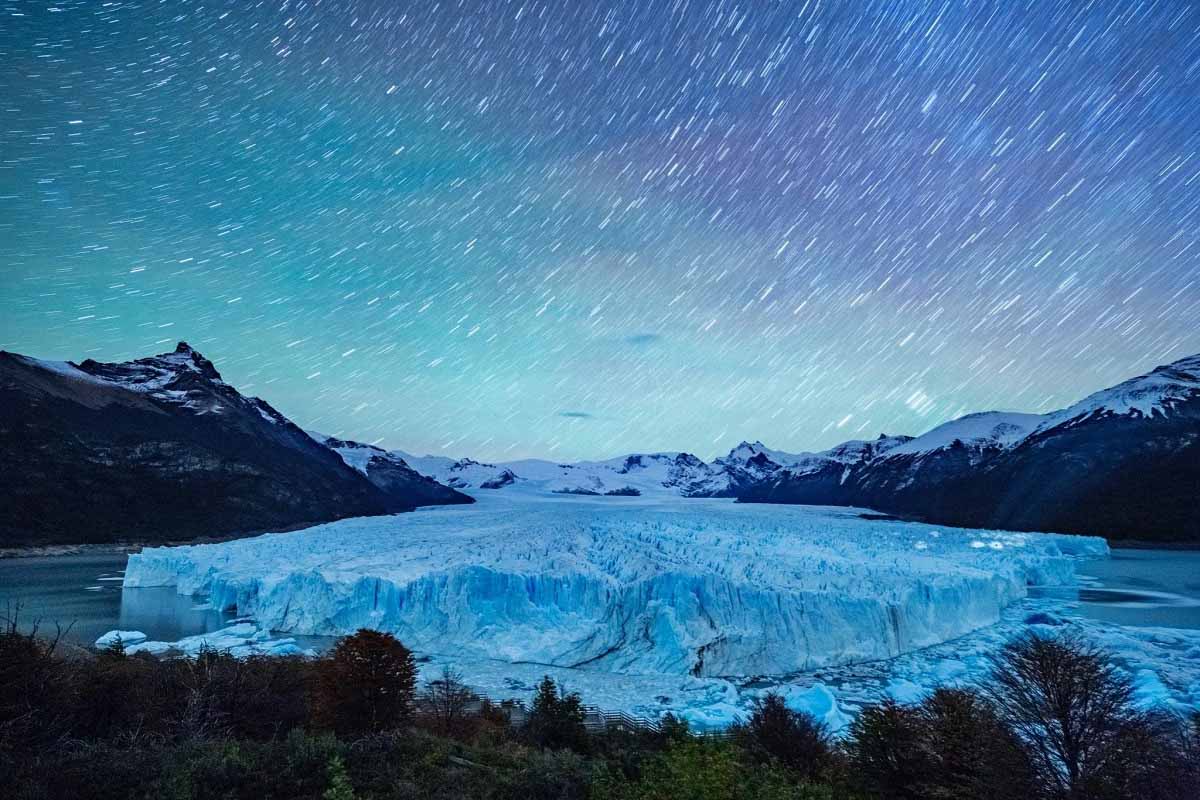 Most of the park's famous glaciers are found along the various branches of Lake Argentino. Thus, the Perito Moreno glacier impresses with its dimensions, in particular a 5,000-meter-long front, and its bluish entrails. Voyagers travel offers a fully guided 4 day tour of Perito Moreno glacier and its surroundings.

This glacier receives its name in honor of the geographer and explorer Francisco Moreno, who discovered it during one of his expeditions in the 19th century. With its 254 km 2 of surface, Perito Moreno is the third largest glacier in Argentina (after Viedma and Upsala).

Easily accessible (sea or land), it becomes stable after each thaw. There are plenty of reasons to contemplate this glacier. When you visit it, you will be able to admire this icy wall that rises more than 60 m high, with its bright colors and irregular surface. Sometimes, at the end of the winter period, an ice bridge forms between the land and the glacier.

When the snow melts (January to March), the wall cracks, breaks, and pours into the milky blue and turquoise waters of Lake Argentino. The deep and monstrous roar of the icebergs is the highlight of the show, a magical moment awaited by nature lovers.

Other glaciers feed Lake Argentino south of Los Glaciares National Park, such as Upsala and Spegazzini. These glaciers can be visited by boat from El Calafate. The Spegazzini, in particular, straddles Chile and Argentina. 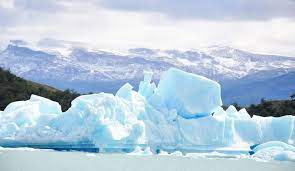 Further north, the Viedma Glacier is an impressive and highly active glacier. It feeds the great Lake Viedma, which can be accessed from the town of El Chaltén. There are also other lesser known glaciers, but equally interesting, such as Torre and Piedras Blancas.

How to get to the glaciers?

To access Los Glaciares National Park, the 2 entry points are El Calafate from the South and El Chaltén from the North. At the bus station there are two or three bus agencies that offer a return trip with a few pesos difference and different schedules. 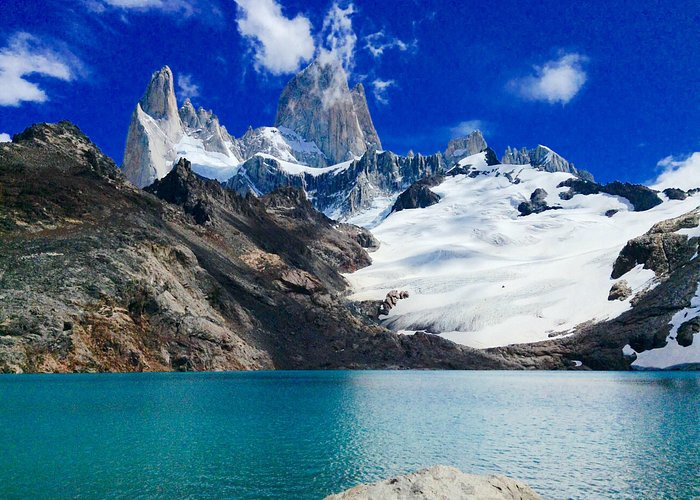 There are several departures, the earliest in the morning is at 8:30 am (two departures) to arrive at the park entrance around 9:20 am. The return bus leaves at 01:30 pm to reach El Calafate. The time on site is more than enough to complete the entire route and enjoy the glaciers.

These are the park hours:

What are their prices?

The cost of the ticket is 3.2 USD round trip for one person.

The ideal time to visit them is summer, from mid-December to mid-March. The climate is more temperate and only at this time will you be able to hear the “roar” of the glacier.

It is also during this period that you can regularly see pieces of the glacier breaking off and it is just amazing! In winter, it is complete silence.

For a more comfortable visit, check out our suggestions on what to wear in Patagonia.

Last posts
Tena - your getaway to the Amazon
Trekking to Cerro Torre
A detailed guide to Mount Fitz Roy
Baños - the adventure capital of Ecuador
Cuenca - the cultural hub of Ecuador
Puerto Chino – a detailed trip review of this beautiful sight on San Cristobal island
Baños - an adventure spa town
Chimborazo - get closer to the Sun
A detailed guide to Victoria Island and the Arrayanes Forest on Bariloche
Tags
ArgentinaPatagonia
What is your next adventure?
Ecuador
Galapagos
Peru
Patagonia
Antarctica